Will we see endless stories presenting the outrage over children who are breastfed for what society deems to be, too long.

Only in an utterly dysfunctional world will we find the continual shaming of those who follow the lead of their children and those who parent with immediate, child led response and parental instincts.

Only in a society like this, does the shaming of breastfeeding mothers continue whilst the issues caused by formula feeding are kept hushed. 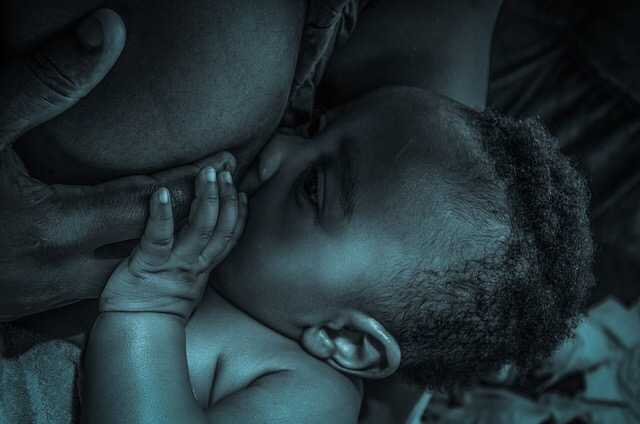 Let me ask you; before you say “that kid is too old to breastfeed”, have you ever heard of a child suffering mentally or physically as a result of natural term breastfeeding?

Have you ever heard of a child breastfeeding at the age of 4 and becoming seriously ill as a direct result of breastfeeding?

Supply issues happen, yes, but really how many of these cases are due to a misunderstanding of female physiology and lack of medical support?

Dairy intolerance is somewhat common but this is an issue caused by cows milk, not breastmilk. A mammal unable to thrive on its own mother’s milk would be a major evolutionary flaw. If this was as common as it’s portrayed, humanity simply wouldn’t have survived.

I once helped a lady who said she hadn’t breastfed either of her 5 children. I cautiously queried why?
She told me she didn’t have any milk with either of her babies!

She never tried to breastfeed past the first 2h after delivery and a bottle of formula was swiftly introduced with each baby.

I found myself trying to gently explain that for some mothers, milk takes longer to come in with the norm being during days three to five. She simply had no idea how her body functioned and no professional considered it valuable information to share with her when fetching a bottle of formula which was considered easier.
But… at what cost?

I can hand on heart say that I have never heard of a child who has breastfed until natural weaning age that has had issues as a direct result of mother natures biological standards.

I have however heard and read of many children becoming sick as a result of formula. I’ve heard of children having dairy allergy, children being more prone to reflux, an abundance of overfed babies, babies with ear infections directly linked to bottle feeding, bowel issues linked to formula, hydration issues. The list is endless and unfortunately at the end of it there are even cases of children dying as a direct result of the advertising and pushing of formula feeding.

So let me ask you, why is it so incredibly outrageous to breastfeed a child at the age of 5 but feeding a baby a potential harmful formula is fine?

Why, as mammals, are we disgusted by the concept of a child feeding from a mother’s breast?

Some find breastfeeding itself grotesque and others would consider it acceptable to breastfeed for 6 months, or 2 years.

Very few see and appreciate the benefits of breastfeeding a child of 4 or older. 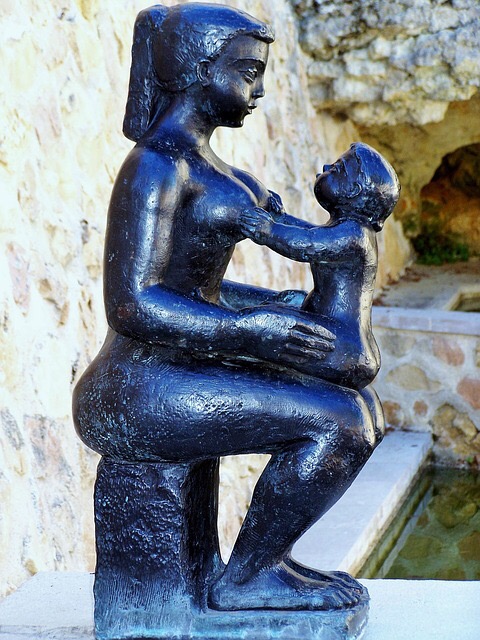 Breastfeeding is ridiculed frequently! The media just love it when there is a mother who’s brave enough to publicly declare she’s breastfeeding a school age child!

“Look at this” they encourage readers. They word the headline as controversially as possible and encourage the abuse. 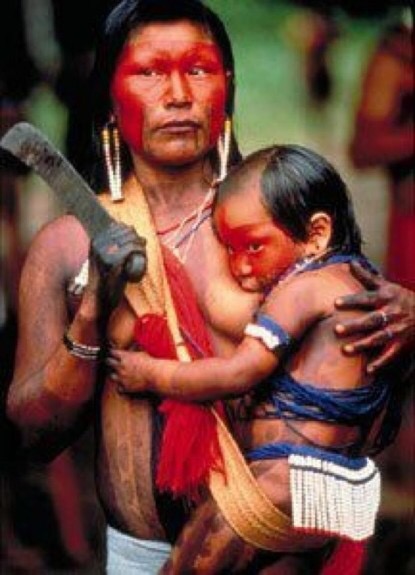 (Pic courtesy of – The feminist breeder)

The outrage brings them readers, and it becomes a subject for discussion! If they are really lucky it goes viral on social media.

On the next page of the same news paper is an advert for Aptamil follow on milk- we swiftly turn the page and consider the advert no further!

We live in a society where the milk from a cow’s udder is considered more acceptable for human consumption than a mother’s milk directly tailored to human needs. 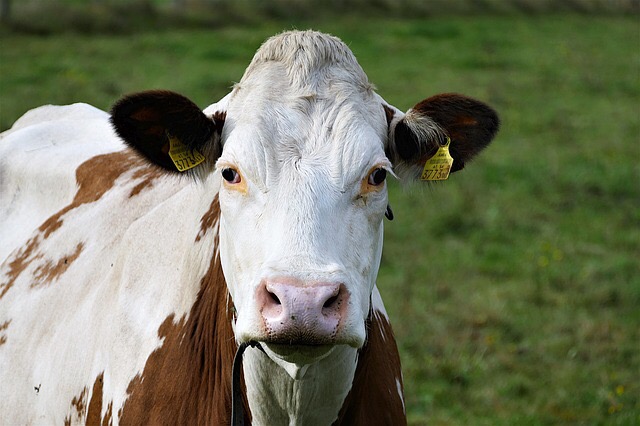 I probably come across as though I passionately hate formula! I don’t!

I hate the fact that formula milk is normalised over breastfeeding and I hate how far removed we are from what is biologically correct, but I do not hate formula. Formula has its place and it has its purpose.

My daughter was partly formula fed and I’ve previously written about my disappointment over not being able to breastfeed and my gratitude for formula when my breast pump started running dry.

I don’t have any issues with milk- regardless of its source.

I do however have a huge issue with how breastfeeding is being portrayed in the media! 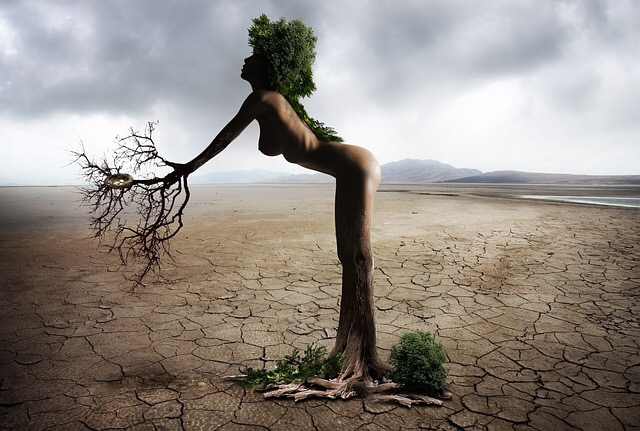 Suddenly our mammary glands and their content is something dirty, and harmful.

I realise that many mothers  feel the pressure of the “breast is best” stance and I get formula feeding mothers feel shamed however, realistically, no newspaper or media outlet would ever dare criticise formula publicly; or would even consider doing so. This only happens to breastfeeding mothers.

In your wildest dreams can you even imagine a headline like this on “This Morning”?

“is it ok to feed a young child powdered breastmilk from Cows?

What do you think?


This would never, ever happen.

It seem to come from every possible angle, especially after you’ve breastfed for what’s considered “beyond the norm”.

I’ve been laughed at, ridiculed and shamed for breastfeeding. I’ve had a doctor laughing me in the face when
I explained that my son, who was poorly with pneumonia, would only breastfeed. He thought I was joking- like it was a laughing matter.

My son could barely breathe and somehow the doctor found it more likely that I would be in the mood to mess around and make up this insane joke about breastfeeding my child, rather than consider that I was actually breastfeeding him at the age of 3. 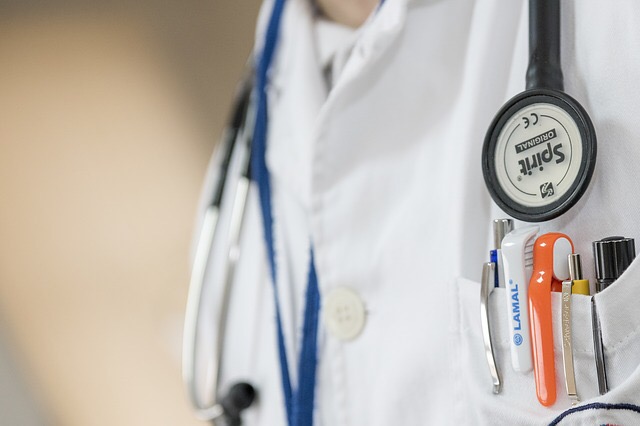 So here’s the thing “This Morning”, “The Daily Mail” and all other ignorant media outlets attempting to benefit on ridiculing a devoted mother.

You are completely guilty of affecting women’s mental health negatively and shaming mothers- you have such power and you use it in a horrible way.

You benefit profoundly from the advertising of formula and the dismissal of breastfeeding, so I do get it. Profit comes first!

Turning breastfeeding into a “freak show” might make you money- but what does it make you?

You can also find the option to share, below:)
Much love x

Published by The Gentle Mum

The Gentle Mum is a woman, simply trying to maneuver through motherhood with empathy and respect. Between training to become a breastfeeding peer supporter, completing her degree in Youth and Child studies and pursuing her writing hobby she can be found on the school run, flustered whilst trying to be the best mother she can possibly be. Here are her thoughts and musings on life along side the ups and downs of motherhood. The Gentle Mum can also be found as a columnist on The Glass House Girls - https://theglasshousegirls.com/articles/author/sofie-thomson Much Love View all posts by The Gentle Mum

2 thoughts on “Only in a world where mammary glands are shamed for feeding a baby….”

Musings from the past…

Have you ever woken up thinking that today is going to be a better day. I’ll manage to stay calm and empathic in my response and the children will not challenge my newfound peace by 9am? I do every single day!

I’m hoping that writing this blog will help me grow and evolve as a mother, if not the wine I consume doing so, will make for fun reading!