“This is a reaction to a blog claiming that mothers who “sleep train” are being harshly judged.

In a society where sleep training is so prevalent and bed sharing is condemned, I feel the opposite is true. How many times have you heard that you’re making a rod for your own back for cuddling or feeding your baby to sleep?”

When my son was 9 months old, he was crawling. We all know what a nuisance crawling can be!

They can’t crawl outside without wrecking their clothes, you can’t put a little a pretty dress on your little girl and I’m not even going to get started on what a mess the fabric covering our crawlers knees, get in.

I knew that my son would likely learn to walk in his own time, but I was impatient and decided that it was simply time to “teach” him how to walk independently. And by teach I of course mean “force“! I ordered this metal frame which would hold my son’s feet in the correct position and gently push his legs to move. I was fed up with carrying him, it was hurting my back and I really felt it was time he learnt.

How awful does the idea of forcing a child to walk, make you feel? I realise I’m being quite sarcastic and dramatic here but really, what’s the difference between attempting to force a child to sleep all night or forcing these other developmental milestones that take place during a young child’s first few years of life?

Sometimes I think parents forget that although we have evolved, babies are led by instinct and remain very primitive. And most importantly, we are mammals.

A new born baby is born with instincts and act fully on these. A cry when alone is an alarm system, a survival mechanism.

Babies have all these built in ways of surviving, ways which we are so incredibly keen to contradict. Evolution is mind blowing, yet we somehow dismiss these needs of our new born babies as well as the needs of our young toddlers.

Babies are born with small stomachs, this of course mean that they need to feed often. It may feel exhausting and of course it’s challenging to say the least, but it’s also amazing and fantastic.

Short sleep cycles and hunger are ways in which babies are naturally protected against Sudden Infant Death Syndrome. Why would we want to break a natural behaviour for the sake of more sleep?

Imagine we simply answered “yes, she is awesome. She wakes every two hours for milk day and night. Her survival instinct is so strong and I’m so proud”

Imagine we appreciated babies for their individuality instead of their nightly sleep pattern?

I have given birth to two amazing little children. My first didn’t sleep. Like ever. I remember being told I had to train her. That she needed to “learn” how to sleep.

At the time I believed these statements fully. I really thought a developmental and biological actions such as sleep needed to be taught. I never considered that maybe her natural sleep patterns where just different from what was considered socially acceptable. It never crossed my mind that no other mammals seemed to have to teach their young ones how to sleep.

I did try to break my daughter’s sleep patterns and I pulled my hair out in despair when the methods we tried all failed. Ultimately, I was told I had to get some sleep! It was crucial for my mental health. It was time to attempt to let her “cry it out”.

I set everything up nice and cosy, I had a red night light as they are known to aid sleep, I went through all the normal steps of bedtime routine but instead of holding my beautiful little girl in my arms as she softly drifted off, I placed her in the cot. I left the room and turned the volume down on the baby monitor.

I looked at the monitor as the volume indicator moved up and down. I knew she was crying. I didn’t last long, maybe ten seconds or maybe 20. I rushed to the bedroom and picked my sobbing child up, out of the cot and into my arms.

I looked at her little face flooding with tears and I felt her heart thumping in her chest. She held on to me so hard and I realised that although leaving her to cry may supposedly help my mental health, what would it do to hers?

When my son was born, I decided to follow his lead and only do what felt right. He was quite a solid sleeper which at times worried me but as he grew I relaxed more. Of course we had developmental leaps where sleep was non existing, and there were the cluster feeding sessions which left me beyond exhausted. I found ways in which I coped such as going to bed at seven pm.

I’m coming out on the other end of it now, and although I never “taught” my children to sleep they both offer me the opportunity to have a full nights sleep.

My daughter is 7 and sleeps a solid 13 hours a night- who would have thought it considering she bedshared until she was four and occasionally still get cuddles at bedtime.

When we talk about sleep training today we talk about it as though it is a must, when it isn’t. We talk about teaching our children to do something when in fact they majority of children will find their own sleep patterns when developmentally ready.

Sleep training is becoming so prevalent in our society that we ignore our instinct as well as the instinct of our young babies.

Speaking to a friend who used the “controlled crying” method with her son, we compared our children’s sleep. As they are getting older we have found that her sleep happy toddler has turned in to a sleep deprived school child whereas my daughter has gone the opposite way and would live in her bed if she could. I remember asking her, if she thought sleep training had been successful! She said it absolutely had, she told me her son slept all night after she completed the training. I asked her how she knew he slept through and she replied that he didn’t cry for her anymore….

There are so many studies undertaken on sleep, 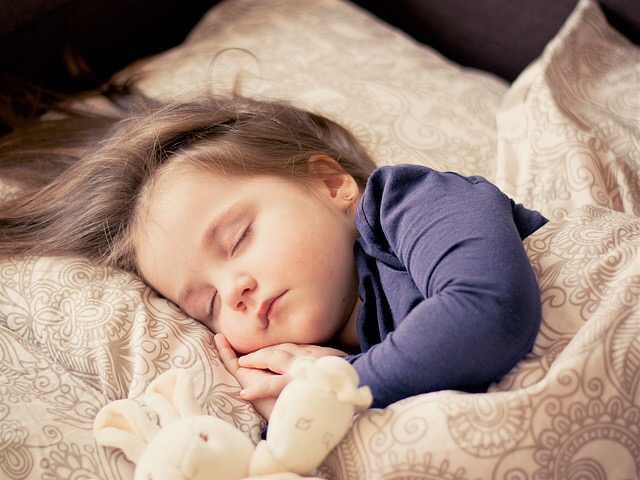 There are as many studies as there are interpretations in regards to sleep training and how you decide to proceed is of course a personal choice; however, consider that although it has been stated that there is “no evidence of harm”, when it comes to sleep training there isn’t any evidence that it’s harmless either.

I decided as a parent to treat sleep just as I approached crawling, walking, running, eating and talking- these developmental stages take place when the child is developmentally ready.

So before you decide to attempt to “train” your baby, take a step back and ask yourself- “is it really worth the risk”?

Published by The Gentle Mum

The Gentle Mum is a woman, simply trying to maneuver through motherhood with empathy and respect. Between training to become a breastfeeding peer supporter, completing her degree in Youth and Child studies and pursuing her writing hobby she can be found on the school run, flustered whilst trying to be the best mother she can possibly be. Here are her thoughts and musings on life along side the ups and downs of motherhood. The Gentle Mum can also be found as a columnist on The Glass House Girls - https://theglasshousegirls.com/articles/author/sofie-thomson Much Love View all posts by The Gentle Mum

Musings from the past…

Have you ever woken up thinking that today is going to be a better day. I’ll manage to stay calm and empathic in my response and the children will not challenge my newfound peace by 9am? I do every single day!

I’m hoping that writing this blog will help me grow and evolve as a mother, if not the wine I consume doing so, will make for fun reading!